The police took measures in Kadıköy before the student gathering. They encircled the area and put barriers to prevent the demonstration. All passing by citizens were subject to search. They also confiscated any rainbow flag or banners defending the LGBTQ+. However, the participants were still able to smuggle in the flags and placards in support of freedoms. 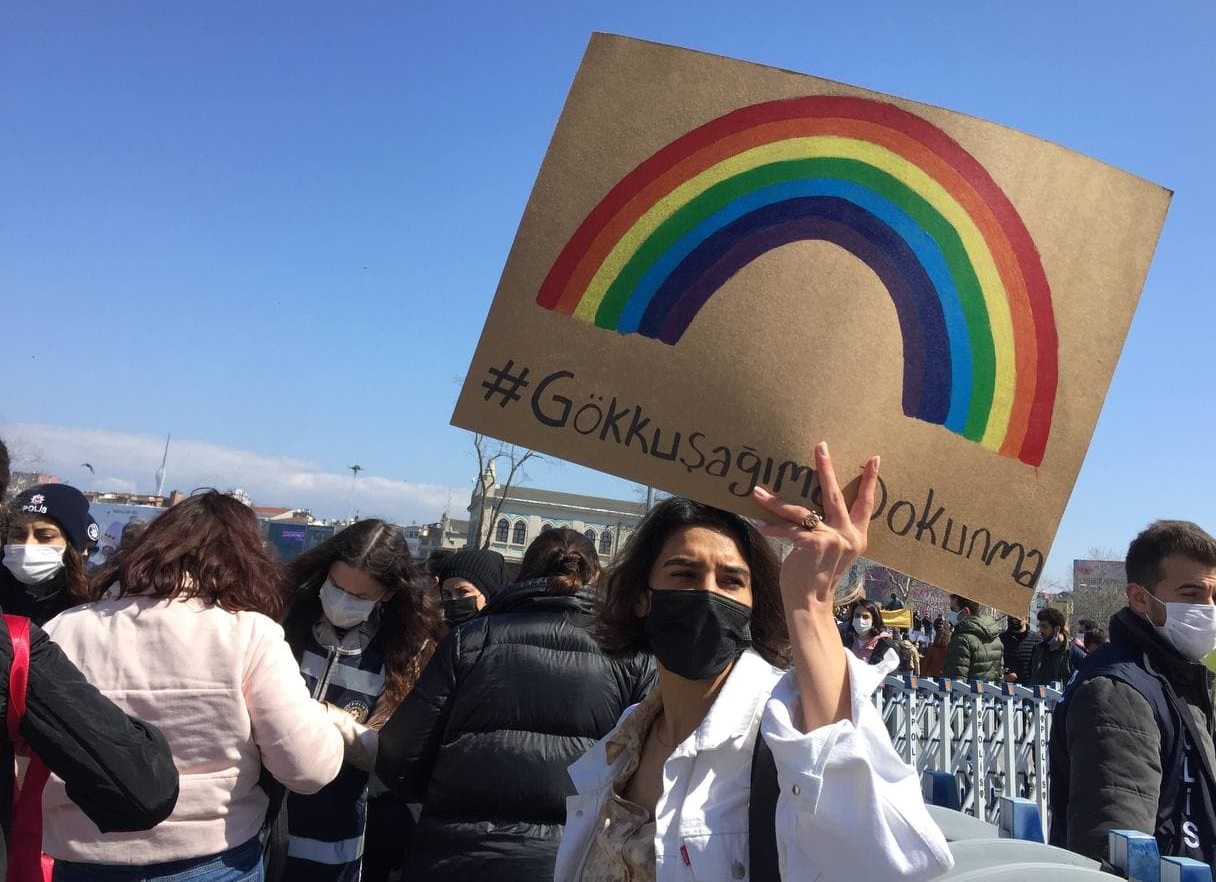 Gathering at Kadıköy district of Istanbul, the students of Boğaziçi University protested the Erdoğan’s regime’s attack on the academia, freedom of speech, freedom of expression, academic freedoms, and the rights of women and the LGBTQ+.

Erdoğan, in his quest to reestablish the Ottoman Empire, consolidated all powers of a democratic state into his own hands. He is appointing officials selected only from his loyalists with complete disregard to merit that is proving disastrous.

Disregarding the self-rule and democratic organization of higher education, Erdoğan appoints rectors to the Universities who in turn give support to keep him in power.

The latest in this assault against independent thinkers in colleges and universities, he appointed one of his party members, a loyalist to him personally, Melih Balu as the rector of Boğaziçi University, a very prestigious international school.

Students and the faculty have been protesting for the last two months after this appointment, as traditionally, the faculty elected the rector.

The appointed rector Balu is known for his plagiarism in his academic life, and after this was made public, he pulled his academic papers from view on the internet. In the cronyism and nepotism of the Islamic religious AKP, plagiarism and favoritism are rampant, among other corruption.

When the student’s and the faculty’s protests did not subside, Balu called the police on peacefully demonstrating students. The government even placed sharpshooters on the roofs of buildings neighboring the college.

The police arrested many students for simply carrying banners that demanded democracy and academic freedoms. Students were beaten and injured by the police, on campus, on the streets, in police vehicles, or the police stations.

A national campaign by the pro-government religious media, kept alive only by government funds, started a smear campaign to present the entire student body as immoral, engaging in sexual intercourse all day and promoting sinful gay lifestyles to the children of moral, religious, law-abiding citizens.

On the other hand, the students intensified their protests and united against hate, religious bigotry, prejudice, and racism. They openly defended the gender equality and freedoms of the LGBTQ+ community.

The government also escalated its attacks with the police breaking down student’s doors and walls at night to detain them. The ministry of Interior started calling on students’ parents and threatening them if they did not discipline their children at the college.

The students gathered at Kadiköy yesterday to protest the police assaults and detentions. They demand the release of their detained friends. Recently, 24 students were taken by the police simply because they demanded democracy as opposed to top-down appointments.

Acting like an Ottoman Sultan, appointments have become the norm to eliminate any dissenting voice or opposition for Erdoğan. He has dismissed all elected mayors in the eastern, Kurdish, provinces and appointed corrupt but loyal administrations to these towns. 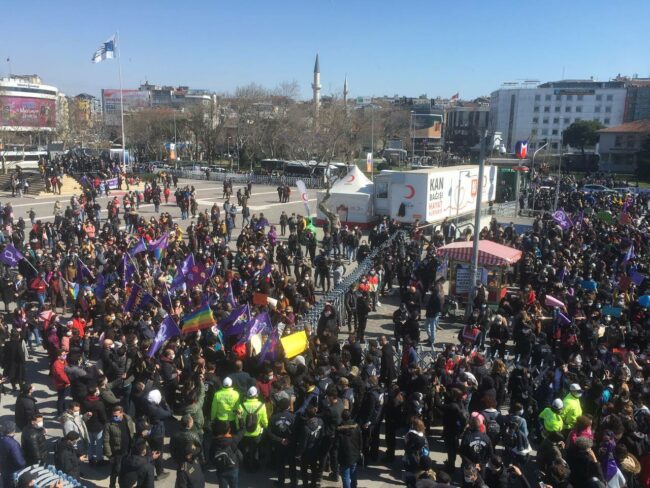 The police took measures in Kadıköy before the student gathering. They encircled the area and put barriers to prevent the demonstration. All passing by citizens were subject to search. They also confiscated any rainbow flag or banners defending the LGBTQ+. However, the participants were still able to smuggle in the flags and placards in support of freedoms.

Recently Erdoğan pulled Turkey out of the Istanbul Convention, which protects women against violence and abuse. It also mandates the government to provide equal opportunity to women in education, daily life, and employment. Erdoğan did not waste the opportunity to attack women’s rights by claiming that the Istanbul Convention promoted the gay lifestyle to his conservative and uneducated supporters.

Speaking to the crowd on the attacks that the resisting faculty and students are promoting an immoral lifestyle, Beha Yılmaz, a Boğaziçi student who had been detained and tortured by the police, said, “Homosexuality is legitimate, transsexuality and bisexuality are already legitimate, and this cannot be reversed.” 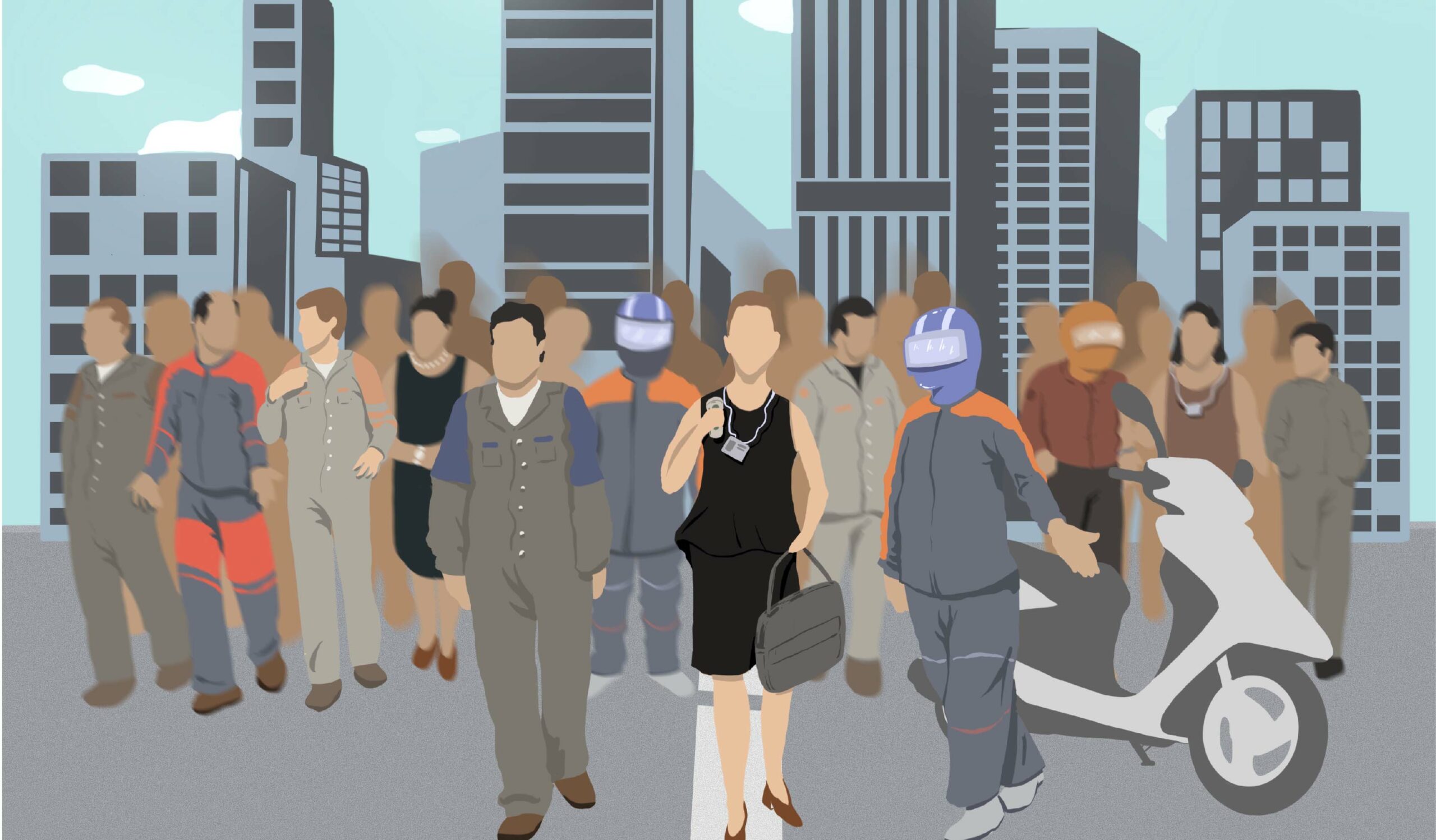 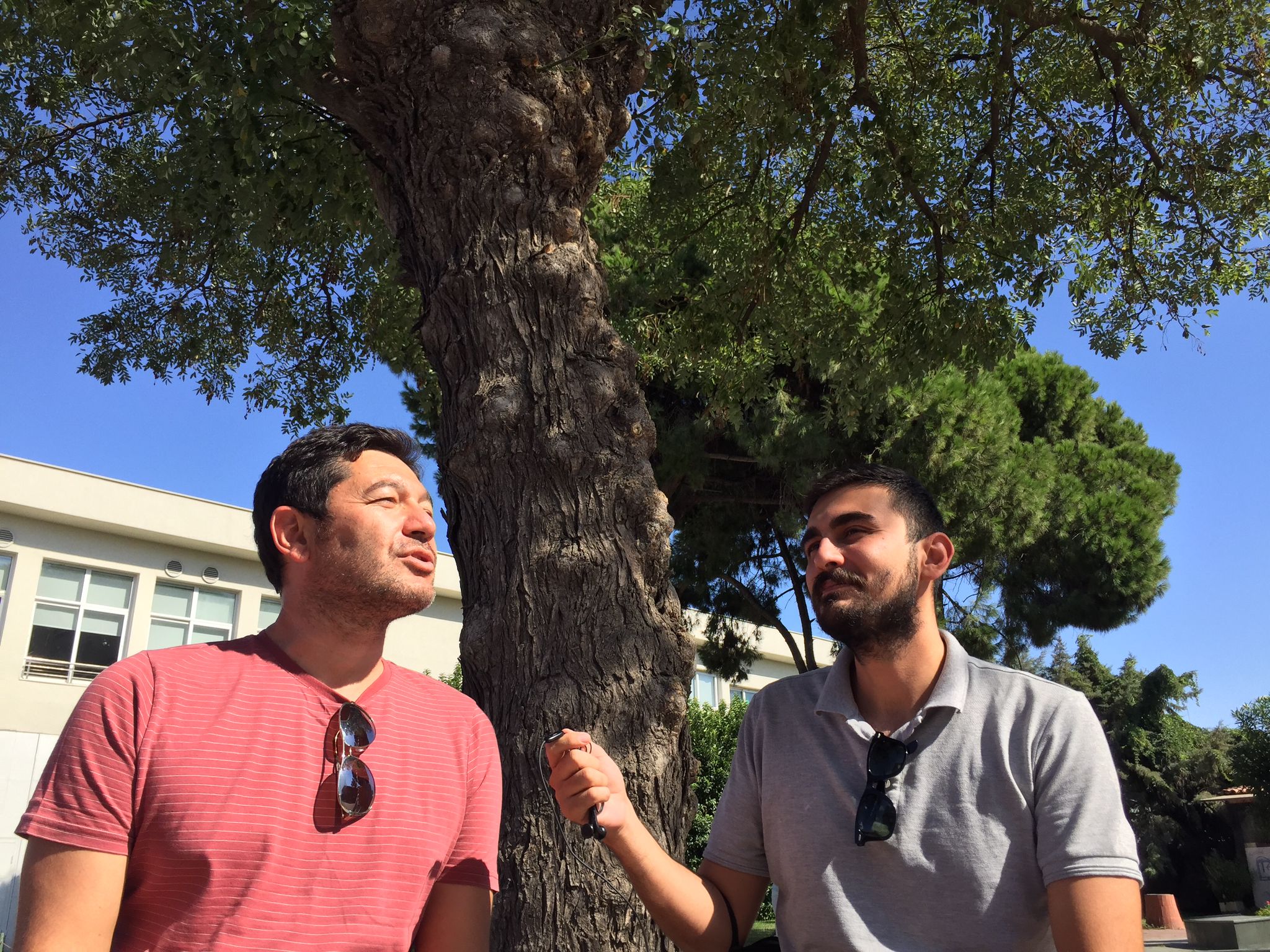 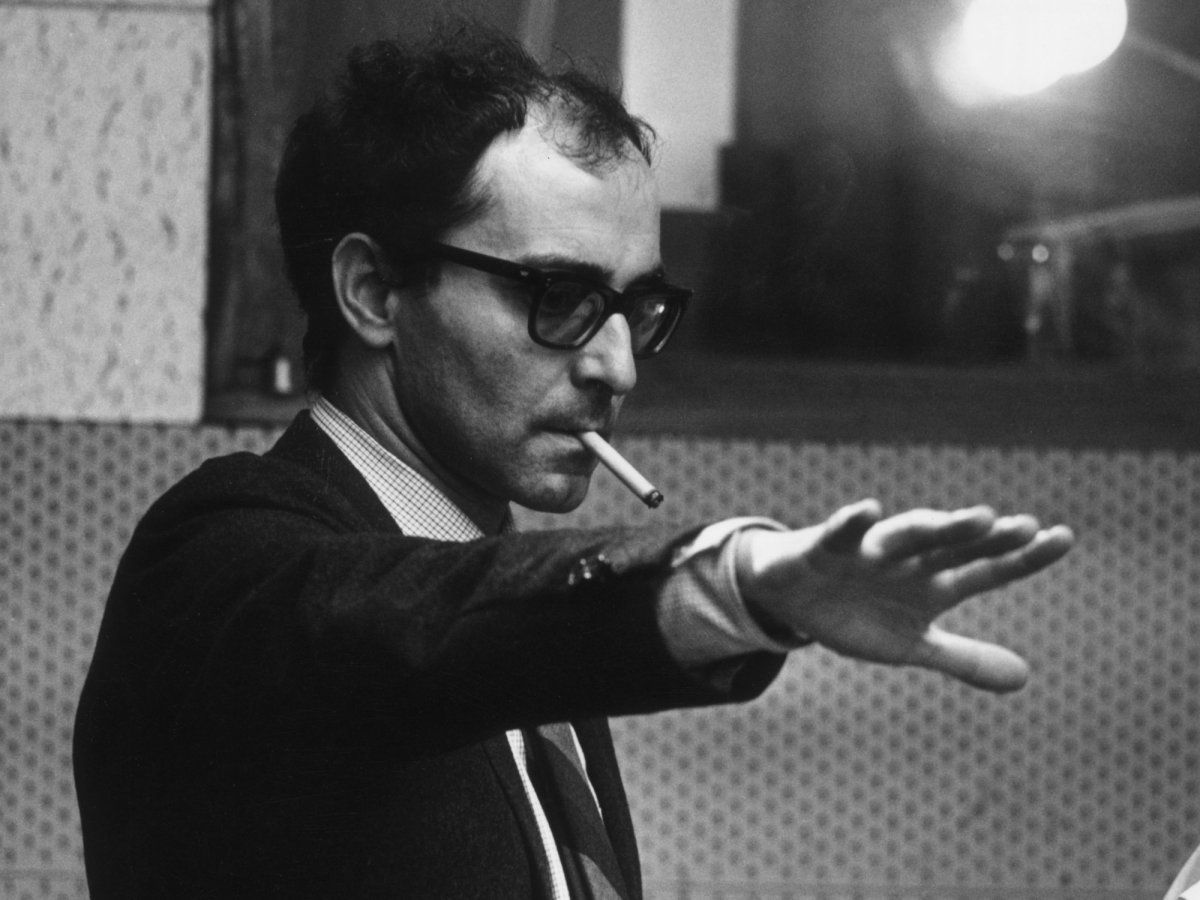 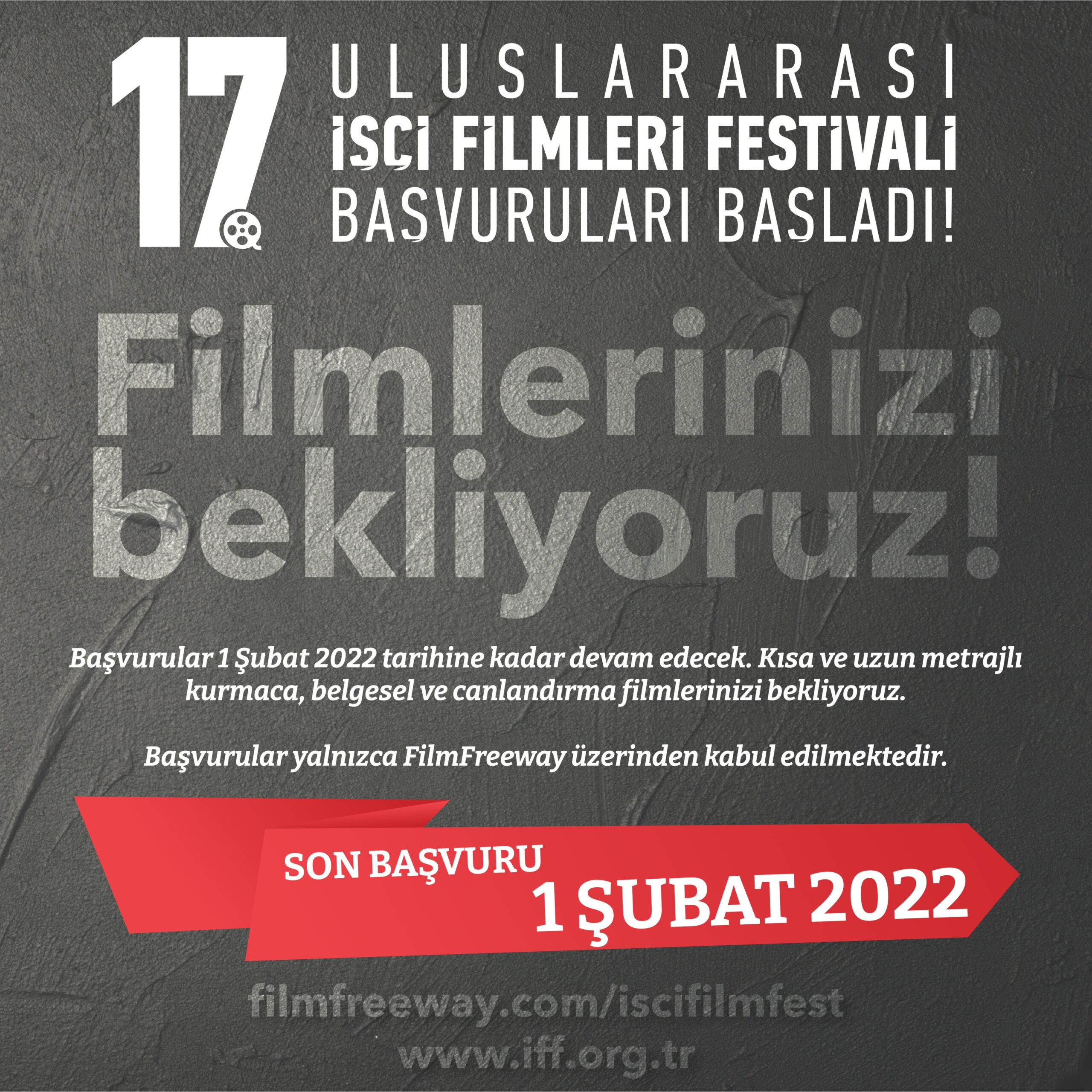 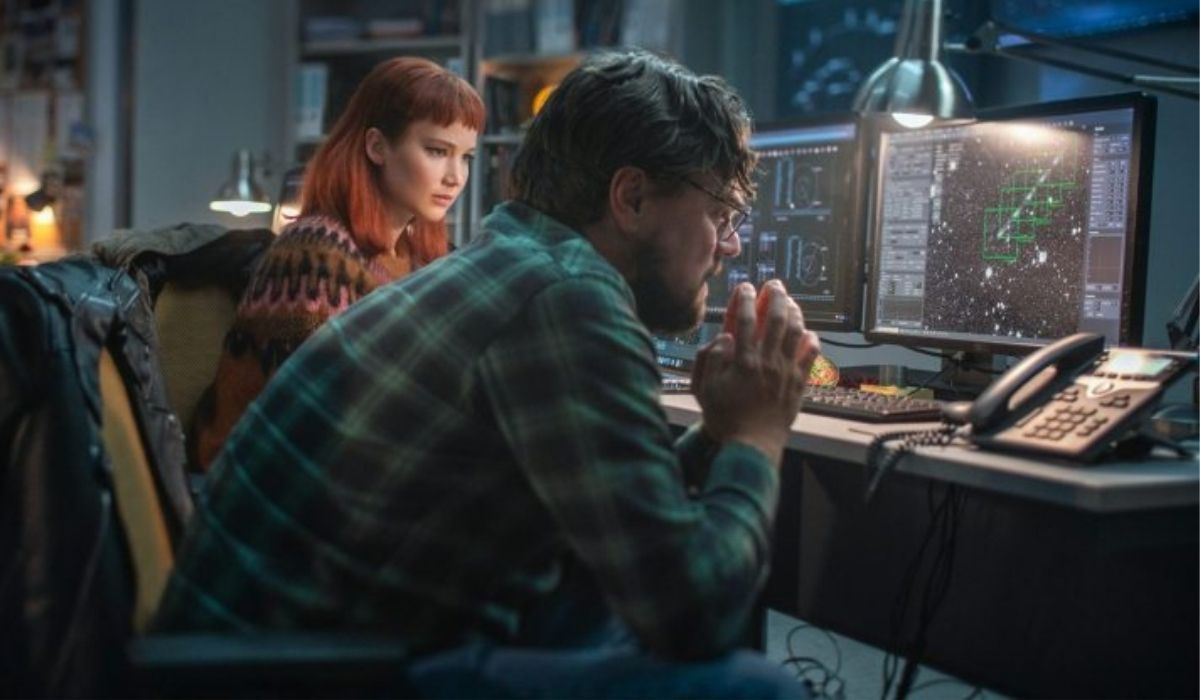